All antibiotics are not equal..See how safe they are? 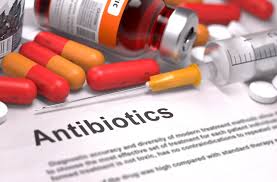 
My memories
All antibiotics are not equal. See how safe they are?
Posted in 2016
All Antibiotics Are Not Created Equal..
Woman wants to get pregnant or pregnant should know the following:::
The U. S. Food and Drug Administration (FDA)'s list of Pharmaceutical Pregnancy Categories help doctors (and their patients) know the prenatal safety of medications. The categories are A, B, C, D, and X. Drugs within Category A have been found to be safe for use in pregnant women, whereas drugs within Category X have been found to be harmful to fetuses and should not be used by pregnant women. If you are pregnant or are trying to become pregnant should take care of your health and know which antibiotics can be used or not.
Birth defects associated with antibiotics defined within Category X include anencephaly (a fatal malformation of the skull and brain), choanal atresia (a blockage of the nasal passage), transverse limb deficiency, diaphragmatic hernia, eye defects, congenital heart defects and cleft palate.
The FDA requires a relatively large amount of high-quality data on a medication for a drug to be classified within Pregnancy Category A, and it is common for pregnant women to safely take Category B medications, such as Augmentin. The antibiotic is commonly used to treat bacterial infections such as sinusitis, pneumonia and bronchitis, all which can be harmful to the baby if left untreated. The drug has undergone animal reproduction studies and appears to have no negative effect on the pregnancy, says. Aleksandr M. Fuks, M.D., Director of the Department of Obstetrics and Gynecology at Queens Hospital Center.
Penicillin, the most commonly used antibiotic during pregnancy, as well as other widely prescribed antibiotics, have not been found to be associated with increased risk for about 30 different birth defects, according to The National Birth Defects Prevention Study.
But ethical considerations preclude conducting drugs trials in pregnant women, so for many drugs, no adequate and well-controlled studies, Dr. Fuks says. There might be negative fetal effects associated with some Category B drugs that aren't currently recognized. "It should only be prescribed in situations where the healthcare provider strongly believes that the benefit of its use largely outweighs any possible risks to the fetus and the pregnancy," Dr. Fuks says.
Though many antibiotics such as pencillin have been used safely for decades, resistant strains of bacteria are forcing doctors to use a wider array of antibiotics. Safety depends on various factors, including the type of antibiotic, when in your pregnancy you take the antibiotic, dosage and duration of use.
Even if an antibiotic has been linked to an elevated risk of birth defect, chances remain small. For example, the risk of having a child with hypoplastic left heart syndrome is about one in 4,200. Sulfonamide antibiotics such as Septrim and Bactrim are associated with a threefold increase, making the likelihood about one in 1,400, according to the National Center on Birth Defects and Developmental Disabilities. In my future articles I will give which are safe or not. Healthy food contain all nutrients your body need.. It is always safe...No side effects ...no reactions. Brought to you by http://successgain.us